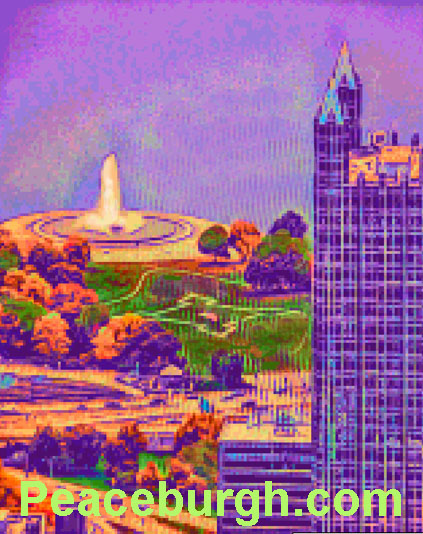 Peaceburgh has always been about the Evolution in
Revolution, but exactly what does that mean? Humans have done the same thing with the same result for eons.

As the shift in consciousness happened for
the newly awakened on the planet before or around
2012 a revolution of new thought began.
The evolution mantra is doing things differently which
means we are going to stop living in fear which always creates a negative result. If thoughts are things,
a good idea would be to let the collective awakened
consciousness create a new fun loving world. As
John Lennon sang, I’m a dreamer, but I’m not the
only one. Let’s visualize and create a world we all
want to live in.

Let us do it first by finding out what
Peace within us means in our own evolution. How
can we tackle our fear issues and live a peaceful life?
Some claim they have done this, and yet their outer
world is in chaos. Let’s say we are honest and have
a handle on our inner turmoil. How can that Peace
now live out in the world? It takes that inner work to
manifest the outer results; it’s finding out how to have
a life based on positive, trusting beliefs.

There are actually those who do trust every day in
this scary world. We could look to them as an example. Sometimes looking at the national picture
will portray what our own revolution might look like.
Bernie Sanders mentioned a revolution recently while
visiting Pittsburgh …the underlying principles of our
government will not be based on greed, hatred, lies,
racism, sexism, homophobia, or religious bigotry. The
principles of government will be based on justice,
social justice, racial justice and environmental justice.
Bernie also talked about how real change happens
from the bottom up, when people stand up. Now for
some reason you might not like Bernie, and that’s
okay, as long as you choose Love to represent you
and someone who is the example of true integrity to
represent all of us.

The evolution in our own lives is standing
up and saying here’s how I can and we can
love one another.
That’s what we do here in the burgh, we take the
negative news and make it into a positive. We
stand up and shout NOT ANYMORE and powerfully together start visualizing the way we want the
world to be. We desire a world shifting for the highest good for all of us, creating the energy of unity,
balance, beauty and Peace.
Pittsburgh is our world in which we collectively,
consciously create Peace together. We send
energy, we visualize, we live the example and together we spread our love. We live Peace because
we are Peace. We are Peaceburgh. We are One.
Join us on Facebook